The flower has the function of beautifying, fragrant and purifying the environment. Sitting indoors with a few pots of flowers, not only can decorate the living room, appreciate the beauty of the flowers, but also effectively purify the indoor air, keep the air fresh and natural, and benefit the body and mind. However, if you do not pay attention to the various taboos of indoor flower cultivation, it will hinder your health.

1. It is advisable to raise flowers with strong drug use ability. Some flowers can absorb a certain concentration of toxic gases in the air, such as sulfur dioxide, nitrogen oxides, hydrogen fluoride, formaldehyde, hydrogen chloride and so on. According to research, wax plum can absorb mercury vapor; pomegranate plants can absorb lead vapor in the air; snapdragon, canna, morning glory, gladiolus, carnation, etc. can convert toxic sulfur dioxide into non-toxic by oxidation through leaves Or low-toxicity sulfate compounds; narcissus, purple jasmine, chrysanthemum, saxifrage, etc. can convert nitrogen oxides into proteins in plant cells; spider plants, aloe vera, and tiger-tail orchid can absorb a large amount of indoor formaldehyde and other pollutants, eliminating and preventing Indoor air pollution. 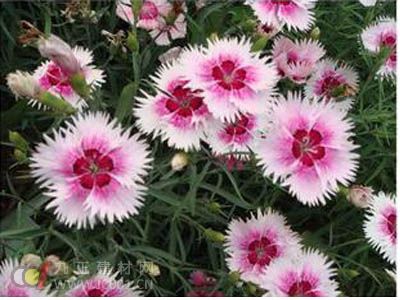 2. It is advisable to raise flowers that secrete bactericidal. The bactericidal substances secreted by flowers such as jasmine, clove, honeysuckle and morning glory can kill certain bacteria in the air, inhibit the occurrence of diphtheria, tuberculosis, sputum pathogens and typhoid bacteria, and keep indoor air clean and hygienic.

1. Avoid raising flowers that emit strong fragrance and pungent odor. Such as orchids, roses, rose, lily, night scent, etc. can give off a strong aroma. A basin is in the room, and the fragrance is overflowing. However, if there are too many fragrant flowers in the room and the fragrance is too strong, it will cause the nerves of the people to excite, especially when people smell it in the bedroom for a long time, it will cause insomnia. Christmas flowers, the gas emitted by Evergreen is not good for people; the particles emitted by tulips and hydrangea are in contact for too long, and the skin is allergic and itchy.

2) Avoid placing too many. Most flowers at night release carbon dioxide, absorb oxygen, and compete with others. Most of the night rooms are closed, and the air is not circulated outside. If there are too many flowers placed indoors, it will reduce the concentration of oxygen in the nighttime indoors, affecting the quality of sleep at night, such as chest tightness and frequent nightmares.

3. Avoid placing toxic flowers in the room. For example, oleander has its stalks, leaves and even flowers in spring, summer and autumn. Its milky white juice contains an oleandrin, which is poisoned by ingestion; the bulb of daffodil contains Latino toxin, if Children may cause vomiting and other symptoms after eating. The juice of leaves and flowers will make the skin red and swollen. If the juice is mistaken into the eyes, it will cause eye damage. Excessive contact with mimosa may cause sparse eyebrows, yellow hair, and hair loss when severe. .

Therefore, we must understand the relevant scientific knowledge when we raise flowers and flowers, and bring health and happiness to ourselves and our families.

Family flowering is now more and more common, but many flower-lovers have no choice but to raise their flowers and become lifeless. Where is the problem?

A ring of careless flowers, like human beings, is alive and requires careful care. Many flower growers lack the care and diligence they deserve for these beautiful lives. They are lazy, do not like to study the knowledge of flower cultivation, long-term will be a layman, management is not law.

The second is to be lazy and not willing to spend too much time and energy on the flowers. After the flower entered the house, it was left out of the cold, and it was thirsty for a long time and suffered from pests and diseases. In this way, the best flowers will gradually wither. So lazy people can't raise flowers.

The second ring of love is over the opposite of the above situation. Some flower growers loved the flower and over the head. Some watering and fertilizing are not regular. When you think of it, you will pour it, and the flowers will die too much. If you just move the pots and move them, you can move several places in one day, and the flowers have to adapt to the environment frequently. Disrupted the normal growth pattern. Itâ€™s strange to not toss the flowers in the long run. There are a few pots of suitable flowers in the family, and my heart likes nothing wrong, but flowers have the same growth law as people. If they often disturb it when they need to rest, it will naturally feel tired and grow badly.

The three rings are chasing after the name of some flower lovers believe that raising flowers is necessary to raise famous flowers, because the value of famous flowers is high, and the market is profitable. Under this psychological control, they spared no expense and went around to buy famous flowers and trees. The result is often due to the lack of good maintenance conditions and management techniques, so that the flowers will soon die when they are bought, which is not only a valuable flower but also a waste of money. This is a conceptual misunderstanding. The correct approach should be to start with the ordinary, lower-grade categories and gradually explore the rules and techniques of raising flowers. After a certain level of technology is reached, the more expensive types are gradually purchased, so that the success is great.

There are some flower growers who are greedy and eager to seek for the whole. If you see it, you will move to your home. This will not only bring difficulties to management, but also bring some unfit flowers into your home and pollute the environment. ,harmful to health. For example, juice is poisonous flowers, and people are exposed to poisoning. Some flower odors have an effect on the human nervous system, which can easily cause poor breathing or even allergic reactions. Plants with sharp thorns also pose a certain threat to human health, and so on. In short, family flowers should not be greedy and arrogant, and you should choose some species that are small in shape, beautiful in appearance, and harmless to the human body.

The Five Rings of the Qin Dynasty, some of the flower growers were heart-wrenching, and there was no theme in raising flowers. The flowers in the house were exchanged for exchange. This is a taboo for raising flowers. First, the type is changed too fast, and the breeding time is short, which is not conducive to the cultivation of flowers and trees with beautiful plant shape and high ornamental value. The second is to taste each flower, which is not conducive to the improvement of the level of flower cultivation. In the end, it is still a flower blind. Therefore, the flower growers can only choose one or two kinds of flowers, and focus on research and cultivation.

The concept of the Six Precepts is not new. The new knowledge and new technologies in the flower industry are emerging one after another. Most of the flower growers are still sticking to the traditional conservation methods. They are not good at using new technologies in the use of flower organs, water and fertilizer management, and seedling cultivation. New equipment, such as soilless cultivation, odorless flower fertilizer and various flower devices. As a result, the family raises flowers unsanitary, unsightly, not novel, and has more side effects.