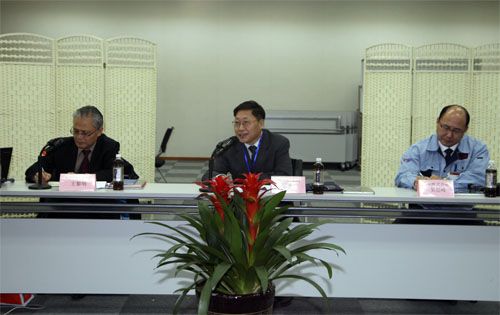 Chen Huiren, executive vice president and secretary-general, based on the statistical information of the association and the structural analysis of customs import and export data, discussed several views on the situation of China's machine tool market in 2014 and the 2015 forecast. First, due to the continuous decline in the growth rate of domestic fixed asset investment and the transformation and upgrading of the economic structure, market demand continued to show the characteristics of â€œdeclining total and structural upgradingâ€ in 2014. The future market structure upgrade will be developed towards automation, customization and shifting upgrades. The latest changes in the market in 2014 have come to an end in the high-speed development of China's economic heavy chemical industry, which has an adverse impact on related consumption represented by heavy-duty machine tools. On the other hand, consumption is gradually surpassing investment as the primary driving force for China's economic growth. As a result, the production and consumption of machine tool products for consumer goods manufacturing is significantly better than investment-related machine tool products. Then, Chen Huiren analyzed the overall trend of imports, sources, regional distribution, trade patterns and major commodities, and explored the direction, characteristics, trends and deep-seated reasons for the changes in market demand structure from both macro and micro perspectives.

Finally, the market is prejudged for 2015. Although the downward pressure on the economy has further increased, with the strengthening of the economic system reform, especially the reform of the investment and financing system and the implementation of the regional development strategy, investment growth is expected to accelerate, and infrastructure investment and service investment will accelerate. At the same time, after several years of structural adjustment, domestic and foreign machine tool enterprises have gradually adapted to the changes in market demand structure, and the ability to tap potential demand in the market has been greatly enhanced. Based on the above situation, it is expected that the import of machine tool products will maintain a small increase in 2015, and the sales of domestic machine tools are expected to be the same as in 2014.

During the meeting, the delegates spoke enthusiastically and shared the overall operation of their respective companies in 2014. They analyzed the current economic situation and market conditions, and conducted in-depth communication on current hot issues in the industry, as well as machine tools. Associations and industry companies have submitted pertinent comments and suggestions.

In 2014, the overall operation of foreign-invested enterprises in China was good. Most of the business performance of the enterprises increased or remained the same as that of the previous year. The enterprises such as CNC systems and cutting tools, especially those targeting specific markets, were outstanding. The general manager of Beijing Fanaco Electromechanical Co., Ltd. said that the FANUC Group has achieved significant growth in 2014, especially the long-term focus on automation and intelligent related products of the Group. , achieving substantial extraordinary growth. Mr. Wang Linshuben, Vice Minister of CNC Business Department of Mitsubishi Electric, said that the Mitsubishi CNC system increased by 30% in 2014 and believes that there will be better development in 2015. Kennametal also achieved a 10% increase in 2014. The company's vice president, Joost Berting, said that China still has a very large market potential, and China's industrial progress and efficiency have increased, providing tool companies with greater Expansion capacity.

While sharing their respective joys of growth, foreign CEOs also showed concern and concern for the Chinese machine tool industry and domestic brother companies. Wu Zufeng, deputy general manager of Tiye Tech (China) Investment Co., Ltd., proposed to the delegates that the foreign companies should truly participate in the brand creation process of domestic products, and use the brand and technological advantages of their products to help the host enterprises to upgrade their products. Quality, truly become a strategic partner of the host enterprise. Jing Xirui also proposed to patiently accompany the progress of domestic machine tool enterprises, and said that Beijing FANUC has been striving to provide a complete service to domestic machine tool enterprises. In addition to providing products, it pays more attention to the full value chain of domestic machine tool manufacturing. Support and cooperation.

For the "Industrial 4.0" and industrial robots that are currently highly regarded, many foreign CEOs have expressed different opinions or pertinent suggestions. Vice President Shan Yaodong of Yamazaki Mazak Technology (Shanghai) Co., Ltd. clearly pointed out that whether it is intelligent or automated, or the Internet, it is nothing more than an auxiliary tool, to add luster to the main business of the machine tool with its unique function, instead of Take the lead. General Manager Yao Xue of Huck (China) Co., Ltd. also believes that the true value of modern technologies such as intelligence included in 4.0 is still applied. Therefore, the long-term strategy of the company should be to enhance the application ability of modern technology. At the same time, a number of CEOs said that doing business can not be led by some media, blindly on projects, adding features, and even irrational requirements to suppliers. 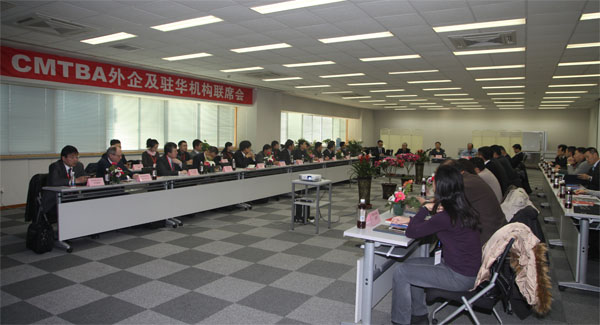 In the face of the phenomenon of homogenization or low-price competition in the industry leading to the irrational price reduction of suppliers, there are representatives of foreign companies who have expressed their suggestions at the same time, and even more representatives have introduced the good practices of their own companies. It will bring a lot of inspiration to the company to get rid of the homogenization competition. The general manager of GROB, Ren Hongzhi, said that the company has been focusing on the research and development of high-end machine tools in the field of automobile engine manufacturing for nearly a hundred years. It has already occupied more than half of this market segment. Yang Xiaolong, general manager of Comma China's machining center business unit, said that Comau has been committed to serving the automotive industry and has been able to grow steadily. Sun Yimin, president of McGregor Industrial Automation China, said that enterprises should take technology as the guide and service as the starting point, and should cultivate more strategic partners in the long run. Xu Zhengshun, general manager of CNC machine tools at Siemens (China) Co., Ltd., said that users should be able to make rational decisions on good quality products recognized by the industry. Li Li, president of Asia Division of Fasch Machine Tool Technology (Shanghai) Co., Ltd., said that companies should be good at thinking about current hot products, understanding industry trends and grasping future opportunities.

The meeting ended in a sincere and warm atmosphere. Subsequently, the delegates visited the production workshop of Tiye Tech (Liaoning) Co., Ltd.